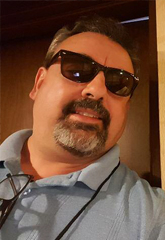 The Glorious Outcome of Unrestrained Passion, or Finding Pontiac’s Spirit in Auburn Hills…

Like many of you, I sat and watched the incredibly bold and dramatic reveal of the 2018 Dodge Challenger SRT Demon on April 11th and I was struck by two things: just what a fantastic car it is and how General Motors would never have launched a car in that fashion. It was too anti-social, too irresponsible and just way too far out of GM’s corporate culture to ever pass the multiple layers of legal departments and public relations managers. Yet, that take-no-prisoners mindset was exactly what was needed to launch such an over-the-top vehicle. Once again, Tim Kuniskis, head of FCA brands in North America, nailed it on every level. Part John Z. DeLorean, part P.T. Barnum, he personally launched the Demon in a way that would have brought tears of unadulterated joy to Jim Wangers’ face. Who’s kidding who-it probably did…

While they certainly have the resources to release cars on that level, such as the race-only COPO Camaros, General Motors would not have rattled the cages of everyone from the EPA to Bible Belt church ladies in the process. The whole mission statement of the Dodge Challenger SRT Demon defies logic and that is the whole point.

“…This is a project that was born in the shadows of FCA, a project where the only reverse engineering was finding a way to move the business case forward. It’s one of those projects where the only thing you can count on was the bean counters killing it. And the typical car company lawyer? Well, they would have redlined this thing out of existence. And that’s fine, because at Dodge, making the suits nervous is how we know we’re on the right track…because when we do it right, when we are true to our core, we deliver products that would never have gotten off the ground at a typical car company.” -Tim Kuniskis

When was the last time you heard a message like that coming from a car company? Easy, when the Hellcat was released in 2015. Same guy, same passion.

I have been watching Mr. Kuniskis (a fellow Rochestarian by the way) for quite a while now and what I see in him is a true car guy who worked his way up in the company in a meaningful fashion. He was not one of those Harvard MBAs who was dropped in without any field experience. He knows the business because he was fully immersed in it.

After graduating from the State University of New York with a Bachelors Degree in Business Administration, Kuniskis did it the old-fashioned way, gaining real-world experience, step by step. He started in the Syracuse Parts and Service District in 1992 and moved into the sales end shortly after that. His first car? A 1977 Firebird Formula that he purposely blew up the original 350 in, so he and his dad could install a 455. He may work at FCA but he’s one of us. Kuniskis understands the business because he has been involved in every level of the Chrysler organization. This is in stark contrast to the time-honored tradition of hiring people with the best-looking credentials and no regard for the fact that they don’t have a shred of experience in the car business.

As an enthusiast, Kuniskis understands the passion that fellow car nuts have, and just how viscerally the quest for the ultimate automotive experience can grab someone. They mercilessly exploited that notion with weekly teasers on social media that heightened interest and buzz about the new Demon to agonizing levels. Under his direction, Dodge has become a car company that gets it better than any before it. Others have had that level of passion before but no one was able to get things approved like he has.

Without a doubt, there is a very different mindset at Fiat Chrysler America (FCA), one that allows not only for the development of such outlandish “halo car” programs but also, their release. There was no last-minute rejection to this program like the ones that killed the legendary Ram Air V and other great innovations at Pontiac.

Just think where Pontiac would be today if GM brass had let passionate engineers like Mac McKellar, Herb Adams, Bill Collins, Tom Nell, Jeff Young and others get out there and let their imaginations run wild back then and nurtured that mindset to the present. What could Jim Wangers have done to get the word out about Pontiac without GM brass hampering his every move? I am confident that not only would there still be a Pontiac but they would be at the top of the horsepower wars today.

Cars like the Demon, the Hellcat and the rest of the Dodge SRT line don’t come out of focus groups or traditional planning committees. They come from passionate people who are willing to put their careers on the line to make it happen. Dodge has positioned itself as a performance division much like Pontiac did in the 1960s. While full-line carmakers like Chevrolet, Ford, Toyota and others offer very competent performance cars, Dodge is the only one who doesn’t treat it as a niche with their “me too” entry.

Like Pontiac before it, Dodge’s performance message is at the forefront, no matter what the segment- I mean really, they are coming out with a 707-horse SUV this fall, so they aren’t just phoning it in. The big difference is that no one is tying Dodge’s hands at every turn like GM did with Pontiac. I really do wish that Pontiac was still around because I think that the competition between these two companies would bring out some amazing vehicles for fans of both.

2 thoughts on “The Glorious Outcome of Unrestrained Passion, or Finding Pontiac’s Spirit in Auburn Hills…”