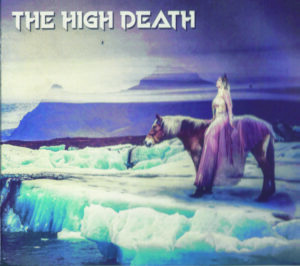 To purchase, PayPal to: db1970lemans@yahoo.com

In today’s incredibly strange social climate, there seem to be forces at work designed to bring our daily lives away from the animalistic, primal urges that used to drive our species. More and more we are forced to grasp at less and less, and go further out of our comfort zones to really feel alive. Many of us find shelter in nostalgia, but some of us younger folks aren’t so lucky. We only have mythical stories of “the good old days,” when it was up to you whether or not you wanted to wear your seatbelt. The likes of catalytic converters, self-driving, machine-learning algorithms and other fun-sucking “advancements in safety” were confined to works of fiction and fantasies of lawmakers and state treasury number crunchers.

Now bear in mind, I am not claiming I was born in the wrong generation, in fact quite the opposite—I was lucky enough to be born and grow alongside the internet, which gives me an unprecedented window into the lives of the people who actually got to live their lives. The media they consumed, the cars they drove and the stories they told are all still available for anyone to investigate with the benefit of hindsight in regards to context. What may be to most discarded “relics of the past” are more like forgotten treasure maps to hidden treasure.

Two of the treasures I’ve been led to in my great expedition thus far are stoner rock and musclecars. Now you probably don’t need any explanation of the latter, but here’s a quick run down on stoner rock if you need it.

Emerging from across the pond after and as a response to the “Flower Power,” late ‘60s social climate, stoner rock, as it is called retroactively, shared social real estate with the trends of car culture at the time. Bigger was better. Gone were the days of the Vox combo guitar amplifiers that couldn’t scream their way over the girls. In their place were separate head units with massive tubes climbing higher in wattage. The horsepower wars had spilled into audio equipment. This advancement in technology was necessary for what was to come. The name “stoner” comes from the drug habits of the bands and listeners, but offers an unnecessary stigma towards the music itself. I attribute the name to the ritualistic repetition of administration.

Allow me to explain. The blues riffs that rock music was based off of largely to this point began to slow down and the backbeat began to get more sparse. This made the music “breathe” so to speak, or in this case, maybe the music itself is smoking. Lyrics also got way less cutesy tonally and in delivery. Way less “She Loves You” and more “The Raven.” This no doubt added to the dark stigma. A good example of a band involved in this movement would be Black Sabbath. Rivaling only the Beatles and Led Zeppelin in general influence, Black Sabbath are oftentimes debatably referred to as the creators of heavy metal, akin to that of the GTO and the musclecar.

Now why am I talking your ear off about a genre you probably don’t care about and attempting to relate it to something you do? Enter The High Death, the self titled debut album from Poncho Perfection staff member Dave Bonaskiewich. Dave has had his hand in countless other musical projects in a range of different flavors of rock. That being said, this record is stoner to the core. Fifty years of musical and automotive evolution are alive in these 37 minutes. While the sound calls back to bands such as Pentagram, it also nods to some contemporary acts who all throw their own blends of spices into the general recipe.

The album opens with a somber funeral march, church-organ laden introduction on “La Mort Elevee” and then drops you right into the belly of the beast with “Perejil.” The backbeat ramps up and we are met with Dave’s wailing vocals. Make no mistake, the vocal performance itself remains tight throughout, especially in the higher registers. The standout track on this album is for sure “War Emblem.” The title is no doubt a reference to the arrowhead Pontiac logo and hood bird found on the nose of the song’s subject matter: a 455-outfitted Trans Am. The song is about a “white knuckle ride in a clean machine” and it definitely sounds the part. The beat pulses like a pushrod idle, riffs shifting like gears back and forth. Vocals sit on top of the mix like a finely- tuned blower. The smoke the song is breathing smells different here, possibly higher-octane. This track would be right at home on my “back road in Mexico” mix. Visions of an open road and not a single damn left to give pop into my head. I think we all know the feeling. Fans of Deep Purple, look no further than the organ tone on the instrumental track “Magnatar.”

Track seven, “Strange Ways” is a Frehley-penned Kiss cover, being the only one featured on The High Death. “Scythe and Flower,” the final track before a reprisal of the intro, between which the rest of the album is sandwiched, features a haunting vocal performance by Audrey Nordstrom who does not fail to put you in the aura of finality that the track aims to bring.

This album is a romp from start to finish and I would recommend it to anyone who wants to give themselves the feeling that they’re on the open road, even if they’re just sitting in an office chair. A few of these tracks beautifully capture the feeling of freedom that comes with the sights, smells and sounds of good old-fashioned motoring. The best part? Quarantine friendly. Can’t go wrong.