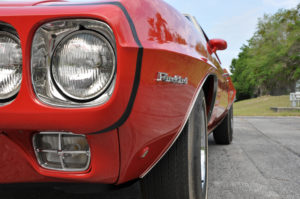 As I write this, it has been a little more than 12 hours since my father, Charles A. Keefe, Sr. lost his decade-long battle with dementia. He was 84 and in spite of his illness, he remained healthy and active until about two years ago.

As fathers go, my brother Charles and I were very fortunate. He was tough, he didn’t tolerate bad behavior, backtalk or disrespect and when we misbehaved enough for our mother to utter the words “Wait until your father gets home,” we knew that harsh punishment awaited us. I can still remember the fear and dread that phrase brought. In a way, it was like living in a Clint Eastwood movie and if you ever had him glare at you with those steely blue eyes, you know what I am talking about- it was like a scene straight out of Gran Torino. He commanded respect and most of my friends were terrified of him well into adulthood.

On the plus side, he was a lot of fun. We loved watching Saturday morning cartoons, went on all sorts of adventures together, exploring local boatyards, going out on Saturdays and meeting up with his friends at various dealerships, all the while gaining a love of all things mechanical. One time, when I was about four, we went to the old Hallman Chevrolet on East Avenue in Rochester to visit his friend Irving Crane. Mr. Crane was a world-champion professional pool player who worked at Hallman’s at the time. They actually had a pool table upstairs where he would play and work deals with customers.

I remember him as a tall, thin man who was actually very friendly to me. While he and Dad were talking, I slipped away and crawled under the velvet ropes and into the 1957 Corvette SS experimental racecar, which was on display in the main showroom. It had been retired years before but was still worth millions even then. After another salesman whisked me out of the car and told me I wasn’t allowed in it, I remember thinking how it was well worth the scolding. I think my interest in experimental cars was ignited that day. The day he brought home a bright orange 1969 Firebird had me hooked for life- I was four and I can still remember the gleam of the grille in the late-afternoon sun as I looked out the front door. Dad even bought a matching car seat for my brother, who was just a few months old at the time. It was also parchment and had the same interior pattern as the car.

His working at Pontiac dealerships for much of his career instilled a sense of marque loyalty that I took to completely ridiculous levels. In the years that ensued, I stayed a car-crazy kid, who went to college and got a journalism degree so I could write for car magazines.

Pontiac fanatic could mean a lot of things to different people but I did get a very special form of fanaticism as a result. I mean who actually starts a magazine devoted to a brand that is no longer being built? Oh yeah, that would be me.

Dad taught us how engines worked, how to fix and maintain cars and boats and he showed us that there was an elegance and artistry in well-designed vehicles. He loved Duesenbergs and Packards and also appreciated the precision of German engineering. Chris-Craft mahogany runabouts, Pontiac 2+2s and Super Duty Catalinas were also among his favorites. He was a huge fan of the legendary Mac McKellar and he was really impressed that not only did I get to meet Mac but we became friends back in 1990 and stayed in touch for the rest of his life.

I remember when I was still in college and I dragged home a completely beat-up 1966 Grand Prix. He dressed me up one side and down the other for buying such a neglected vehicle. Yet, once he regained his composure, he said, “Well, we might as well get this heap so it will stop safely- we already know that it will go!” He was the first one under the car and after an afternoon of laying new brake lines and rebuilding the brakes, the old GP was roadworthy.

A few years after that, I was living in New Jersey and the Grand Prix was my daily driver. I was planning on meeting up with my cousins in the Southern Tier of New York for a weekend get-together. I made it to Owego, New York on Route 17 when the wheel bearing let go and wiped out the 8-lug drum and the spindle. I was halfway between New Jersey and my destination and about two hours from my parents’ house. I called my dad and told him what happened. He said he would get the parts and meet me down there to fix it. It was about 90 degrees out and he went to a junkyard and pulled the necessary pieces, along with a 5-lug drum and wheel off what was left of my first car, a ‘66 Bonneville convertible, which had been there for several years.

We met at the truck stop I was stranded at and we found a gas station nearby. The attendant was a teenager who had no idea how to operate any of the machinery. My dad just went into the shop and took charge. He turned the drum and mounted the tire from my 8-lug rim onto the 5-lug wheel- he even balanced it for me. I still remember the look on the kid’s face after Dad was finished. I thanked him for letting us use the shop and it was obvious that he wasn’t authorized to do that, judging from the nervous look on his face. Dad said, “Don’t worry kid, I won’t blow you in to your boss.” That was Dad…

My father was certainly the product of a bygone era, one where family came first, your word was your bond and you helped your fellow man whenever you could. You held the door for ladies and you lived up to your responsibilities- no matter what. He was a man of great faith and my parents had a marriage that was inspirational to anyone who met them.

Even though he was diagnosed with dementia in 2008, he continued to live a mostly normal life until he had a heart attack in May of 2015. He recovered but his cognitive function really started to slip from there. He was upset that he could no longer drive but he pushed on and did the best he could for as long as he could.

Last March, his health slipped to a point where he could no longer be cared for at home and alternated between assisted living and hospitalization and finally, a nursing home. Mom visited him almost every day and showed everyone what “for better or worse” really meant. Her devotion to him was absolute.

About four years ago, before his dementia took most of his memory and far too much of who he was, my dad told me, “You know, I have lived a great life and I got to do everything I wanted to- I traveled the world while I was in the Army, I married a wonderful woman, I raised two great kids. If I die tomorrow, it would be fine- I have no regrets.” We should all be so lucky to have lived such a complete life. Godspeed, Dad, I love you…

4 thoughts on “Remembering My Dad…”